Wednesday July 29 at 6:15 am UTC (10:15 pm local time on July 28), an earthquake of magnitude 8.2 struck off southwest Alaska. Located off the coast of the Alaska Peninsula about 115 kilometers southeast of the small town of Chignik, the earthquake severed a segment of the Alaska-Aleutian subduction zone, where the Pacific plate continually grows. under North America. This seismically active region hosts about 6 centimeters per year of convergence between the Pacific and North American plates. Each year, scientists detect thousands of earthquakes along the interface between these two plates, with the Chignik earthquake being the largest to have occurred in the region – and the United States – since 1965. , over a period of just over 50 years.

The Chignik earthquake piqued scientific curiosity not only because of its size, but also because of its proximity to last summer’s 7.8 magnitude earthquake Simeonof that struck on July 22, 2020. Just 54 kilometers away separate the locations from which each event was triggered. The Simeonof event occurred in a region of the plate interface previously identified by researchers as a “seismic gap” – an area that produced large earthquakes in the past but has since become seismically ” silent “. It had been postulated since the 1980s (Davies et al., 1981) that this area of ​​the plate interface called the Shumagin Seismic Fault – named after the overlying Shumagin Islands – was due to an earthquake. The fact that this section of the subduction zone has not hosted a major earthquake since 1938, and that it has suddenly ruptured twice in just over a year, raises the question of whether the two events are possibly linked.

Both events occurred in a region where the intersismic coupling – a measure of the adhesion of the subduction interface between large earthquakes – largely decreases from east to west (Figure 1). In other words, the boundary of the plate is stuck to the east and slides more easily to the west.

In blocked or “tightly coupled” regions, the top 10 to 30 kilometers of the plate interface cannot move easily, while the deeper sections slide continuously, causing energy to build up in the low portion. deep of the subduction zone. This excess energy, also called slip deficit, will be released in future large amplitude earthquakes. In contrast, loosely coupled areas are defined by a plate interface that slides along a constant creep, with only occasional low magnitude earthquakes. This behavior is observed west of the Shumagin Islands, off the southwestern edge of the Alaska Peninsula.

The eastern part of the subduction zone, beneath the Kodiak Archipelago and the Kenai Peninsula, last completely ruptured during the Great Alaskan 9.2 magnitude earthquake in 1964 and has been since fully locked again; Figure 1 shows the western end of this region. The nature of this transition from fully locked-in behavior to fully crawling behavior over an area of ​​approximately 500 kilometers along the Aleutian Trench is an area of ​​interest to seismic scientists.

Recent work using terrestrial measurements of GPS displacements suggests that the transition in coupling behavior is best explained by a series of segmented spots, each with different degrees of coupling between the Pacific and North American plates (Figure 1). Last summer’s Simeonof earthquake appears to have occurred primarily in a segment underlying the area east of the Shumagins Islands, with a larger break extending westward in the loosely coupled portion of the interface west of the Shumagins (Xiao et al., 2021).

In contrast, the Chignik earthquake appears to have severed the most strongly coupled and sticky segment west of Chirikof Island, and the first aftershock sequence appears to have extended eastward along the subduction interface.

Is it possible that the Chignik earthquake was triggered by a redistribution of regional stress due to the Simeonof event last summer? “Almost certainly,” says Jeff Freymueller, a geodesist at Michigan State University. “The redistribution of stresses caused by the July 2020 earthquake certainly brought the loophole that ruptured in 2021 closer to failure,” Freymueller said. “This may be another example of a clustering of large subduction earthquakes, as we saw off Sumatra 10 to 15 years ago.”

Either way, the Chignik and Simeonof earthquakes both represent exciting new observations of the sliding behavior of earthquakes in subducting regions with partially glued, partially slippery characteristics. While a physical model of seismic slip taking place along discrete fault sections known as roughness has been widely accepted for some time, scientists have only recently started to understand and appreciate the relationship that these roughness has. on neighboring elements of the subduction system. The question of why the events in such sequences are separated by months, if not years, also remains open.

Given these timelines, it’s hard to say if this streak is already over, and what future forms of disruption might look like. Given the recurrence intervals of at least 200 years between major earthquakes like 1964 magnitude 9.2 event, it is highly unlikely that we will be able to see a complete rupture of the fully locked region of the fault for some time. But as we saw with the Simeonof earthquake last summer, the redistribution of stress from events like these can lead to future earthquakes months or even years into the future.

Previous Rising gas prices have already hit new highs in Michigan
Next Trade: the Benelux calls on Brussels for help 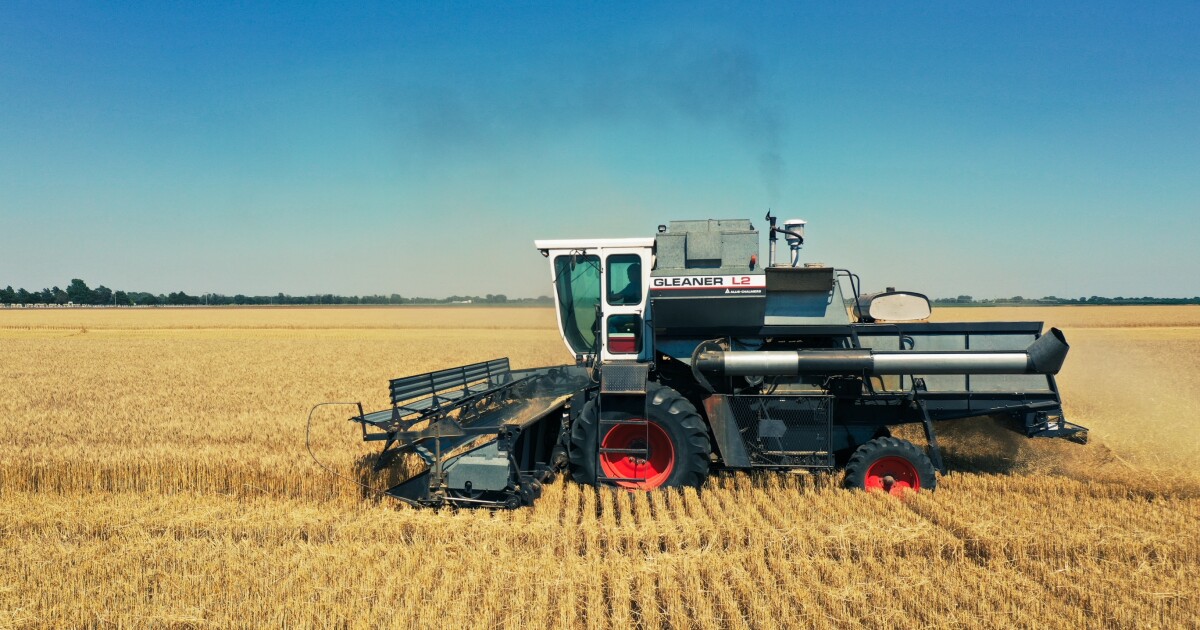