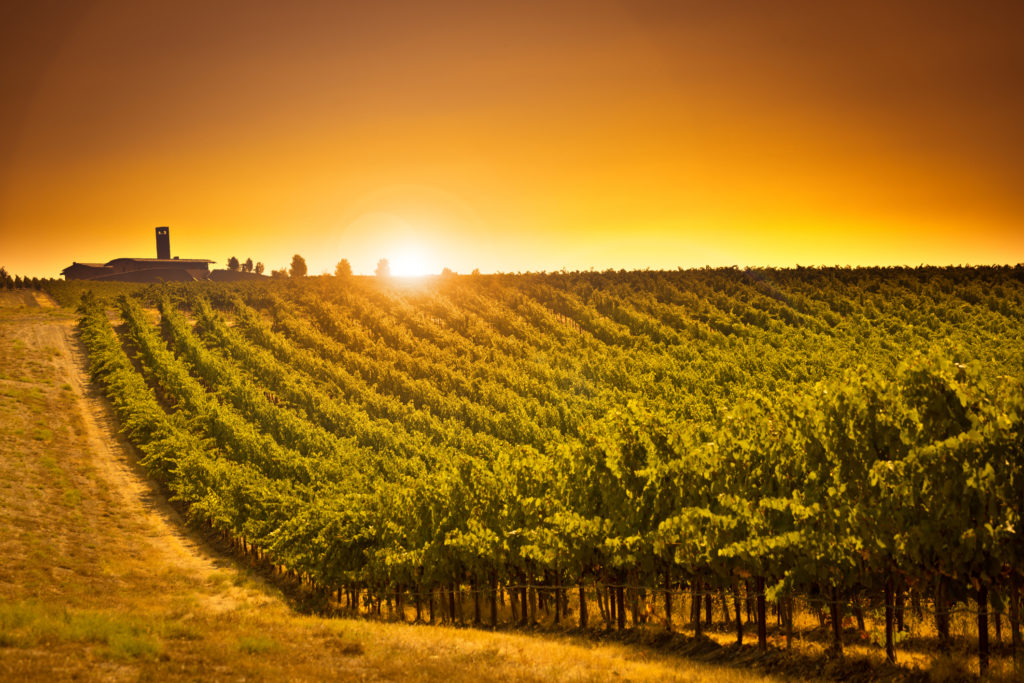 Washington State: Five Reasons It Should Be On Your Radar

Argentina’s central bank will use “all its strength” to tame foreign exchange markets, source says

São Paulo: Prime Minister Narendra Modi’s name has been dragged into Brazil’s Parliamentary Commission of Inquiry (ICC) which is investigating President Jair Bolsonaro’s government for its “acts of commission and omission” during the pandemic. The Senate investigation, which is looking at government documents and questioning senior officials, now focuses on how the Brazilian leader lobbied the Indian prime minister by personally calling on him to release the raw material from India. hydroxychloroquine on behalf of two large Brazilian companies.

Since April 27, when the investigation began, Modi’s name has been cited by various senators while raising questions about hydroxychloroquine (HCQ), which has no proven medical efficacy but was touted by Bolsonaro as a “preventative treatment” against COVID-19 infection.

Another area of ​​concern for the Indian pharmaceutical industry, it has been revealed that two senior executives of the Brazilian company Precisa Medicamentos, which represents Bharat Biotech in Brazil, will also be summoned by the committee. On Thursday, the commission unlocked all phones and other telecommunications devices of executives, whose company plans to import Covaxin to Brazil, making them available to CPI for further examination and investigation.

In an explosive revelation on Thursday, the Globo published newspaper parts of a report which contains the full conversation between Bolsonaro and Modi on April 4, 2020. In the conversation, recorded by the Foreign Ministry and sent to the ICC, Bolsonaro urged the Indian prime minister to “speed up the release of raw material »For two Brazilian companies, EMS and Apsen, for the production of hydroxychloroquine in Brazil. “I’m going to get straight to the heart of the matter. We have had encouraging results in the use of hydroxychloroquine for the treatment of patients with COVID-19, ”said Bolsonaro, asking Modi to speed up the release of raw materials. According to the report, the Brazilian leader did not bother to explain the source of the information on the “encouraging results” to the Indian leader.

The interview between the two leaders has been in the headlines in this country since Thursday morning, their photos appearing side by side on television screens above snippets of their conversation. In the intercontinental chat, Bolsonaro clearly mentioned the name of the Brazilian company. “I am aware of a shipment of 530 kg of hydroxychloroquine sulphate which is in India awaiting authorization from the Indian government. This initial 530 kg shipment is part of a larger order and was purchased by EMS, ”Bolsonaro told Modi during the conversation attended by then Foreign Minister Ernesto Araujo.

The Brazilian leader also made a request on behalf of another Brazilian company, Apsen, to Modi for the release of their expedition, saying it was “a humanitarian appeal that could save many lives in Brazil” . To that, Modi’s response was, “India will certainly do everything possible to help Brazil.

Five days after their phone call, on April 9, 2020, Bolsonaro thanked Modi for authorizing the export of raw materials to Brazil, comparing India’s passage to Lord Hanuman bringing “sanjeevani booti”In the epic of Ramayana. “Just as Lord Hanuman brought sacred medicine from the Himalayas to save the life of Lord Rama’s brother, Laksmana, and Jesus healed those who were sick and restored Bartimeu’s sight, India and Brazil will overcome this global crisis, ”wrote Bolsonaro, whose far-right base includes many evangelical groups in Brazil.

After the Modi government authorized the export of HCQ material in Brazil, Bolsonaro had also posted a thank you to Narendra Modi on a social network. “Our thanks to Indian Prime Minister @narendramodi who, after our phone conversation, the Prime Minister released a shipment of raw material for hydroxychloroquine in Brazil,” Bolsonaro wrote, without naming any of the companies he had mentioned to Modi. .

EMS is the largest manufacturer of generics in Brazil and Apsen is the largest manufacturer of hydroxychloroquine in this country. According to Brazilian media reports, the owners of these two companies are big supporters of Bolsonaro. Apsen president Renato Spallicci openly defended Bolsonaro on social media. However, the two companies officially declared that they only have an “institutional relationship” with the Brazilian government.

Although the parliamentary inquiry examines all aspects of the government’s response to the pandemic, it apparently follows a line that the Brazilian president followed a reckless policy of obtaining herd immunity through infections, so he has ignored demand for vaccines and instead pushed so-called “preventative treatments” like hydroxychloroquine. After Thursday’s revelations, the Senate investigation will certainly be more focused on the export of HCQ from India to Brazil. A few hours on Globo expose, Senator Randolfe Rodrigues, deputy chairman of the commission of inquiry, announced that he would ask for the summons of the top executives of EMS and Apsen, in addition to asking for all their bank and telephone statements – a mine of information under the current circumstances.

There has been a whiff – and rumors – of a scandal in Bolsonaro’s obsession with hydroxychloroquine since the start of the pandemic. In June 2020, it was reported that the Federal Court of Auditors was investigating the purchase of HCQ raw materials at inflated prices from Ipca Laboratories Ltd., based in Mumbai, by a Brazilian company. In January of this year, it was reported that the Brazilian Foreign Ministry had negotiated the purchase of chloroquine from Ipca Laboratories Ltd, which is among the world’s largest manufacturers of hydroxychloroquine, at a time when New Delhi had banned the export of chloroquine from the country.

Now more details – and dirt – are expected to come out as the Senate investigation focuses on these drugs and Bolsonaro’s role in securing a deal with Indian companies. The investigation, which began in April, has sparked unprecedented interest across the COVID-19 ravaged country. Broadcast live on national television, the commission restored a sense of responsibility as key ministers and officials are toasted for hours by the panel, including over the delay in purchasing vaccines and the government’s extreme interest in purchase and hydroxychloroquine – two questions that haunt this country.

The investigation, which will report in a few weeks, has already found that the Bolsonaro government had formed a “parallel cabinet” to make “preventive treatments” their main weapon against the pandemic. With more than 480,000 people killed, millions infected and its economy shattered by the pandemic, the country is awaiting responses from the government. The Senate panel, as it probes the government, appears to be following the money to get to the bottom of the HCQ story. “They bet big on it. We want to know who got the money from it and what was the purpose of these people, ”said Omar Aziz, president of the CPI, on Thursday, adding that he was following four lines of inquiry in the HCQ case which cannot be revealed at this stage stage.

In the coming days, as more and more official documents and reports, bank statements, and details of calls, messages and emails from company executives come to the commission, the commission may open a Pandora’s box. One issue that is likely to dominate the survey – and headlines – is the financing of India’s export orders. It was revealed that the two companies in whose name Bolsonaro called Modi had received huge loans from a public institution, the Banco Nacional de Desenvolvimento Economico e Social (BNDES). “These companies used loans to buy raw material for hydroxychloroquine. Let’s also see if this money was used to buy supplies for ivermectin and other drugs. Public money has been used to advertise these drugs, ”Senator Aziz said Thursday. “We want information on companies that produce chloroquine in Brazil. There’s a lot of weird stuff. President Bolsonaro is promoting these drugs. Why insist on these drugs? asked Senator Aziz.

A dose of trouble

Isolated in the region since coming to power in 2019, Jair Bolsonaro has also quarreled with most European leaders in addition to provoking China with his insane comments. He stuck with Donald Trump when the American was in power. Narendra Modi of India is the only other world leader he has had a relationship with.

Guest as the main guest of the Indian Republic Day celebrations in New Delhi in January 2020, Bolsonaro took every opportunity to show his closeness to the Indian Prime Minister. Bolsonaro invoked Lord Hanuman in his “thank you” note to Modi in April 2020 after India authorized the export of HCQ. The Brazilian leader posted a card with a photo of Lord Hanuman carrying a syringe after New Delhi exported two million doses of Covishield vaccine to Brazil in January 2021, a gesture that created a wave of gratitude for India among Ordinary Brazilians. Ironically, five months later, India is the only country whose name and leader have been repeatedly mentioned during the Senate inquiry in connection with Bolsonaro’s disastrous policies of promoting the HCQ and delaying the vaccines.

Even as the Senate looks at the HCQ angle, the Brazilian company that represents Bharat Biotech in this country has also come under the scanner. The telephone numbers of two representatives of Precisa Medicamentos, Tulio Silveira and Francisco Maximiano, were revealed by the Senate investigation. This means that most of the communications from those executives, who represent the Indian pharmaceutical giant and have negotiated with the Brazilian government on its behalf, will now be seen by the investigation. Senator Alessandro Vieira, member of the commission, asked them to be called to testify at the CPI and to explain the “potential for improvement” realized by the Indian company which signed a contract in February to provide 20 million doses from Covaxin to the ministry. of health. During the ICC hearings, a few senators have already raised questions about how the Brazilian government signed a contract worth 1.614 billion reals (310 million US dollars) even before the Indian serum was approved. by the National Health Surveillance Agency (Anvisa) even as it sat on a proposal from Pfizer whose use of the vaccine had been authorized earlier.

Although Brazil signed a contract for Covaxin in February, the Brazilian health agency denied Bharat Biotech’s “good manufacturing practices” certificate and refused to allow its import into the country in March. On June 5, ANVISA approved only four million doses of the vaccine under very strict conditions. But the vaccine cannot be imported and administered until the end of phase 3 trials in Brazil and the analysis of its reports by ANVISA after two months of the second dose to volunteers. As the trial has not yet started, it will be months before the first dose of Covaxin is introduced in Brazil. At that point, the parliamentary committee would have completed (mid-August) and probably sealed the fate of Covaxin.

Shobhan Saxena and Florencia Costa are independent journalists based in Sao Paulo.

Previous Zoning for all of Lee County? With a master plan and a Beat 13 vote, the stage is set | Gov. and politics
Next When Americans took to the streets because of inflation 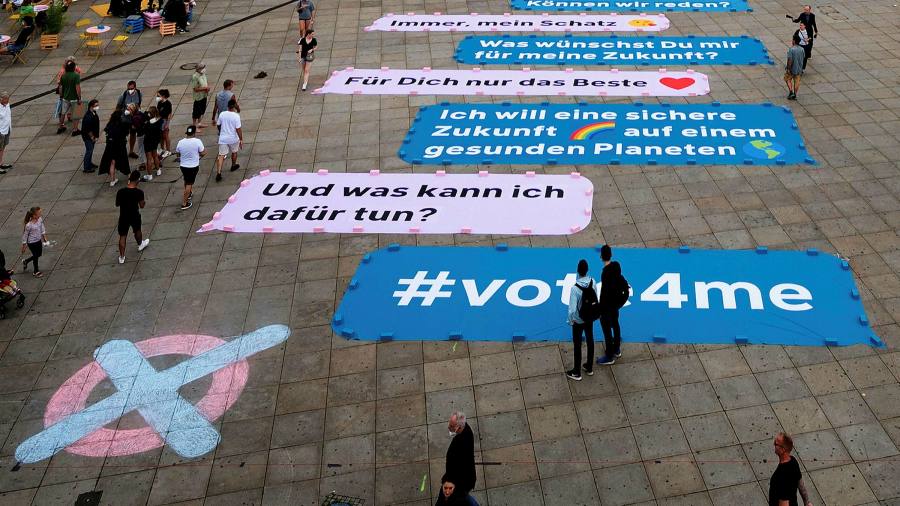 U.S. oil and gas exporters have been warned they face yet another toughening of EU …